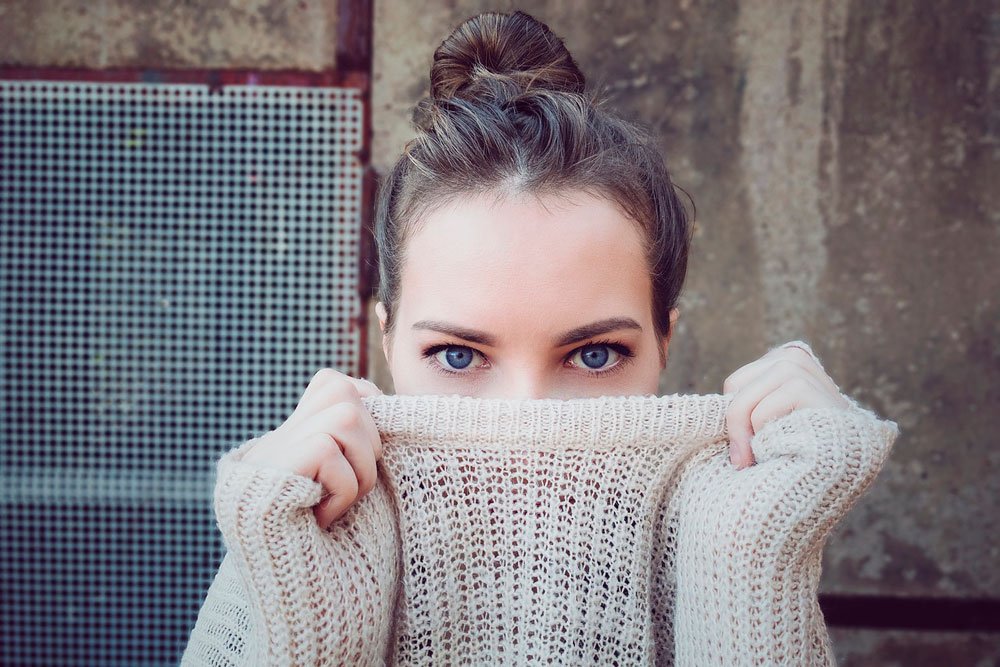 Prologue: the transpose post that stirred too much trouble

A few years ago I accidentally caused a storm on a social media group: a young tenor who got hired to sing a well-known role in an even better-known opera in a small private company in Europe was having issues with singing an aria and was on a forum seeking advice on how to replace, modify or, his ideal option, transpose a particular phrase because of a high note in it. I’m not known for being very subtle, and I suggested, in firm but kind words, he should consider returning the role when he clearly couldn’t sing all of it.

On the same forum, I made a separate post explaining my outrage at such a question from a young professional and at the fact that people were getting out of their way to “help” him out. A debate which lasted for days, eventually died down only when the post was removed by the admins: not because I was called very abusive names (including bitch and nazi to name a few) but because it was “stirring too much trouble in general”. Whatever that means.

So Why do we NOT transpose operatic music?

It’s very simple: if the composer wanted it performed in another key, he would have WRITTEN IT IN ANOTHER KEY.

The old masters knew their craft well. Most people would agree they were geniuses and created things that shouldn’t be “messed with”. This goes for all classical music. No one in their right mind would suggest transposing any symphony or a concerto for any instrument, or piece of chamber music, no matter how easy it would be to perform just a part of it in a different key; would you transpose Chopin’s etude op.10 n.5 so that you don’t need to play it all on the black keys? Or a Mahler symphony? Or Mozart’s Requiem? I don’t think so. And yet, this is somehow acceptable when it comes to Opera.

Yes I know all the arguments : 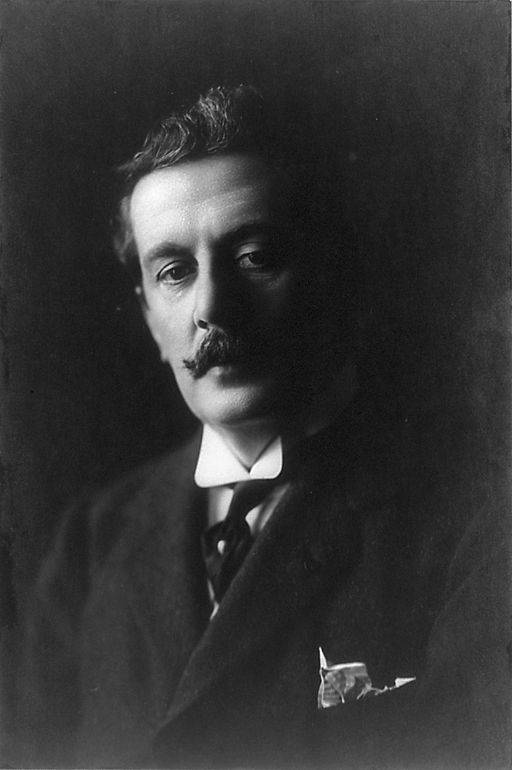 1. The classical songs are performed in different keys by different voices

Yes and no! First of all not all, art songs were intended for transposition. Certain Mahler and Strauss song cycles quickly come to mind but even masters like Schubert, Schumann etc. wrote songs in a certain key for a good reason; the old tradition suggests that the transposition in 1 or 2 specific different keys to accommodate all voice types was often suggested by composers themselves, again indicating that they had a pretty good idea what kind of sound and effect they wanted.

Yes, there are exceptions to be found. Made by famous singers of a certain era who really wanted to perform a particular cycle and therefore had it transposed to best suit their voices. Those are still more exceptions to the general rule than anything else. Earned by respected musicians who did their best to keep in the style and wishes of the composer. Despite the artistry of the performers, even such performances, while beautifully sung, still fall short of their target.

2. The pitch nowadays is higher than it was when the music was composed.

This is a fact within itself indisputable. However, so is the fact that we do not transpose the instrumental pieces of the same composers on the basis of this argument. Weather on 432, 438, 440 or 443 A flat minor and A sharp minor still have very different colors and are better in depicting certain type of moods/emotions. The tuning fork was invented in 1711 so, before that, people tuned to whatever A was available to them. Evidence shows that as early as 1836 the Paris opera tuned its pianos as high as 441 as so did Dresden Opera in 1859. While Verdi petitioned the National Music Commission in 1884 favoring the 432Hz to the already fairly established 438, he did not alter pitches of his earlier operas and there is no evidence he adjusted his later operas to “fit” the higher tuning frequencies either.

Higher tuning of the orchestras is not preferable to singers and is causing many negative side effects, such as casting lighter voices for dramatic roles because they are more likely to sustain the tessitura on a higher resonance without noticeable effort. The fact/argument that at least some of the noticeable effort was anticipated by the composers – who knew the “instrument” they were writing for very well and wrote particularly demanding phrases exactly so that they can “simulate” the tension (whether lyric or dramatic) in that particular moment in the opera – is, however, a topic for an entirely different article.

3. Voice is a live instrument

Agreed, voice is a “live” instrument and as such, it can not be replaced when broken like any other instrument or part of an instrument. Which goes back to the evolution of the human species. Humans are faster, have more endurance, live longer than ever before. Many sports competitions lower their age limits admitting that younger generations are more advanced and should be let in to compete earlier. Evolution interested the vocal chords as well, but the operatic world is going backward.

Pieces by J.S. Bach performed on today’s pianos were intended for an instrument very different in feel and therefore requiring a very different skill set for a performer (i.e. less strength in pressing the keys), but no one is transposing them to make them easier to play. You can either play it or you can not. In order to play it you need a certain talent and very good technique – if you do not have it you can’t play it.

Why is singing opera any different? Why is it that young instrumentalists are allowed and encouraged to venture into great music famous pieces as long as their technique and their musicality can follow but singers are not? Advised ages for performing certain roles or even composers are going up suggesting all singers should spend half of their careers singing nothing but Baroque or Mozart. But what if your voice is not really well suited for it? While in favor of being mindful of your voice and career, saying someone is too young for singing Verdi being 25 and having a solid technique is being hypocritical at best. Don’t get me wrong – I am absolutely against children singing operatic music, but I do believe that with proper vocal development and given you have a certain type of voice with good training you shouldn’t wait till you’re 30 to sing a Verdi role (which is not Gilda).

4. Other music styles (like pop jazz or musical) allow transposition: opera should just be less “old fashioned” and allow it as well.

Please do not even start me on this one. Aside from all the arguments above, comparing it to cooking it would be like telling a person they can substitute apples for oranges and in many cases apples with green beans or okra. You get the point – not an appropriate comparison.

Aside from the fact I am a strong believer that operatic music should be left as it is unless indicated otherwise by the composer (which is practically NEVER), there is yet another side which makes my blood boil in the whole matter. The chauvinism of it. I have no doubt that if the tenor from the beginning of the article was somehow a soprano or a mezzo asking what’s the best way to transpose her aria the general response on the forum would have been quite a bit different in intention and tone.

Have you ever heard of a soprano being allowed to transpose arias of Queen of the night, Turandot, the battle cry of Brunhilde from Walkure?

Neither have I. But I’m sure you have sat and even applauded to a tenor singing “Di quella pira” in any key that he could master to sing it in, from A to B natural, without a pardon; against the very wishes of the composer who was quite specific that the high notes could be added only if the key in which it is sung remained unchanged.

It is most commonly the tenors who seem to be granted this outrageous “privilege”: from Trovatore to La Bohème to Othello and Siegfried. From semi amateur productions to grand productions in famous opera houses across the world in which such things are kept under the radar but happen just the same: and I’m not talking about a one time thing which happens because the singer in question is very ill and there is no adequate last minute replacement, but about entire productions.

Making a parallel with Paganini’s Caprices for violin or Ligeti’s etudes for piano or any other notoriously difficult pieces written for any instrument, the artists who can not perform them “come scritto” don’t play them “come possibile“: they simply don’t play them at all outside of their practice room. So perhaps the singers should take a cue of the majority of their music colleagues and, instead of trying to put blame on the pitch, concentrate their efforts and endeavours on becoming better and more confident with their own technique which, in turn, will make singing certain roles perhaps not effortless but certainly possible and in the spirit of their creator, not to mention to the absolute joy of the audiences all around the world.

Feel free to leave your thoughts in the comments below. This post will not be deleted because it’s stirring too much trouble…

← Prev: Lyric or dramatic? How to determine your voice type Next: Can I become an opera singer later in life? → 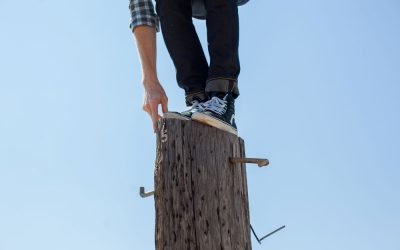 How to deliver your best performance

What is the key to delivering your best, most...