The art of training and developing the voice 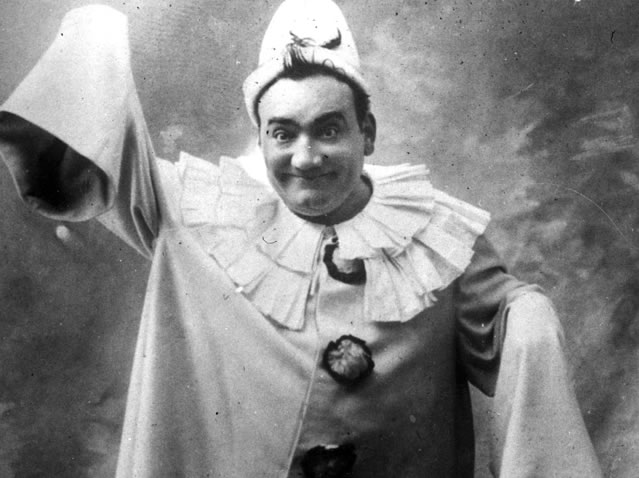 How to train the human voice

Singing in the mask

The position of the larynx 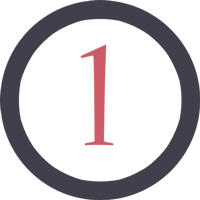 When I began to study at the age of twenty-three in New York City, this was made obvious by most teachers, even though there were different approaches, and each one had a specific vocabulary. At that time, it was clear to everyone that the Italian School of Singing was the only one; after all, the Italian School was the beginning of it all. Today this is not the case, and many people ignore, or are not aware of this traditional, and indeed productive approach to the voice. Modernization is not always preferable, since most of the great classical music was written many years ago, and in order to fulfill its demands (and I know from my own personal experience) the so called “old fashioned” approach is the best one; in fact the only one for a singer to realize his or her full potential. At present, I will not go into how many sins some of the current stage directors have committed against some of the greatest operatic masterpieces ever written, under the guise of modernization.

When the vowel is sung properly with the right amount of energy, the consonant is then carried by this energy and the diction is practically perfect. The key to this is the sung vowel and a rather dark-ish vowel at that, pronounced with the muscles at the back of the throat, not the lips. Brightening the vowel and putting it forward only inhibits the resonance and of course, diminishes the sound of the voice, making it practically impossible to sing with an orchestra. The other effect of the forward approach is the issue of finding the pitch: the problem is technical. If the voice functions as it should, pitch is never an issue.

After working with hundreds of singers such as my first students (Anoosha Golesorkhi, Jaco Huijpen, Frank van Aken, Eva Maria Westbroek, Violetta Lazin and Bastiaan Everink), I have never had one with a “so called” pitch problem, once the voice is trained to a certain level. 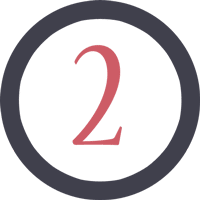 Singing in the mask
One great misunderstanding is the use of the phrase, “sing in the mask”. One of the first people to utilize this phrase was the great polish tenor Jean de Reszke (1851-1925) in his teaching, but he also said at the same time, that “the larynx must be low to achieve the resonance of the whole mask”, and not just sing in the nose, which causes many problems. By the way, Jean de Reszke was the leading tenor at the Metropolitan Opera before Caruso’s arrival on the operatic scene. There are no recordings of him but for example, at the Metropolitan Opera in one week, he would sing the leading tenor roles in Lucia di Lammermoor, Aida, and Tristan. No simple achievement! 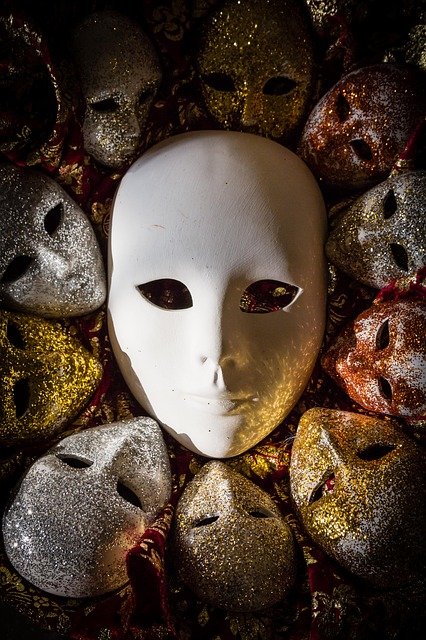 Jean once said to his brother Edward, a great basso, about Enrico Caruso:

“Edward, one day this young man will be my successor.” Caruso’s reply was: “If I can only do half as well”.
The closest I ever came to this feat was, as a young tenor in Israel, when just before, and right after the Six Day War in 1967, in a period of ten days, I sang the leading tenor roles in Lucia di Lammermoor, Tosca, Carmen and I Pagliacci. I was too young to realize it should have been difficult, and in fact, it was not.
Another issue that I feel I should address is controlling of the voice, in order to keep it “equal”, as the voice goes higher on the scale. I have spoken about developing the lower and middle parts of the voice and then the higher part. When this is achieved and the voice obviously starts to be freer, hence more intensity of sound, it must be left alone to make this climax. All vocal climaxes are made on higher pitches. This is quite simply how music is written, and to deny it, with some sort of manipulation of the sound, goes totally against the true nature of a voice, and why the composer wrote it that way in the first place. 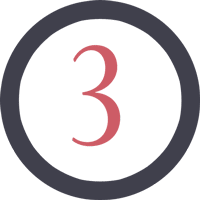 The position of the larynx
Position of the larynx! Contrary to different opinions today, the larynx should be relatively low in order to achieve the best vocal sound. Of course some languages and how people speak have an influence on the larynx. It cannot be pushed down but it definitely can be trained down. I do this with my students every day. The reason for the lower larynx position is to open the pharynx, thus increasing the resonance and producing the freest sound possible. The vocal chords and the pharynx resonate almost simultaneously, and then “with a little luck”, the voice blossoms, or explodes into the head, depending on the nature of the instrument.

Years ago there was no dispute about this.
But today??? 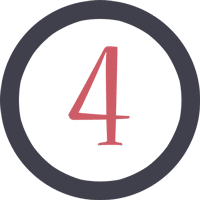 Breathing
Breathing is of course one of our body’s most automatic functions. Breathing for singing is exactly the same function, except there is more air involved, because singing is more sustained than most speaking. All of the muscles involved in this process (diaphragm, etc.) react automatically if the larynx, and the vocal chords are functioning properly. The most efficient way of breathing is through the mouth and the nose simultaneously, which is also the most natural way! It also lowers the larynx, at least temporarily! The same thing happens when we yawn, but this function is also temporary.

When the great Caruso said a good high note feels like going to the toilet, he meant after one achieves the note, perhaps it feels like this, although I would not count on it. But he certainly did not mean to push down with your muscles before; this will constrict the sound. Caruso also said that one of the most important elements of singing is the proper closure of the vocal chords, which is obvious to most real singers. 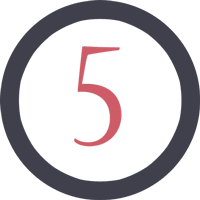 Chest voice
In my own feelings as a dramatic tenor, all of these various sensations that singers say they feel, are more or less simultaneous with the emission of the sound: this is assuming the voice functions freely and naturally. Perhaps the most singular destructive misunderstanding of our time concerns the chest voice (voce di petto). I prefer to call it the chest register, and it is as essential to both male and female voices, as is the head register. No voice will reach its full potential unless both of these registers are properly trained. As far as the female chest register is concerned, the current theory about it being dangerous, could not be farther from the truth; it is truly dangerous not to develop it, and of course it should be used when singing. Without it no voice is complete.

I could make a very long list of the female singers who have used their chest registers with great expressions and success, but I will keep the list short with four that I knew and heard very often, having sung with two of them: Eileen Farrell, Jessye Norman, Leontyne Price, Martina Arroyo. 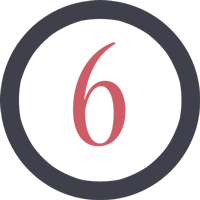 Exercises
One aspect of teaching I only began to realize over the last few years, was the therapeutic value of these very old Italian exercises, I learned over fifty years ago, and that I now teach to my students. As a matter of fact, I learned these exercises from the great English basso Raymond Buckingham, who had studied with the legendary Italian baritone Riccardo Stracciari, in London. My great loving mentor when I was a young student in New York City, at the Mannes School of Music, was the extraordinary singing actress Patricia Neway. She was the original “Magda” in Gian Carlo Menotti’s The Consul. Madame Neway was having some vocal problems when I worked with her in the opera workshop at Mannes, so she began to do these vocal exercises with Mr. Buckingham. Her career began again, and she sang many operas such as Tosca, Cavalleria, The Consul, and she was the original “Mother Superior” in The Sound of Music on Broadway; I was very proud to be an invited guest, and more than happy to have played a part in her return to the stage.

My first experiences in this way were with two male singers, each with a polyp which of course interfered with their singing. After just a few months, both men were back to normal, having only concentrated on certain exercises. My latest surprise was practically eliminating the stuttering problem of a young Dutch female singer. I had heard over the years that singing could be helpful to someone who has a stuttering problem, but such a dramatic reduction was indeed a very pleasant surprise for both the singer, and myself. 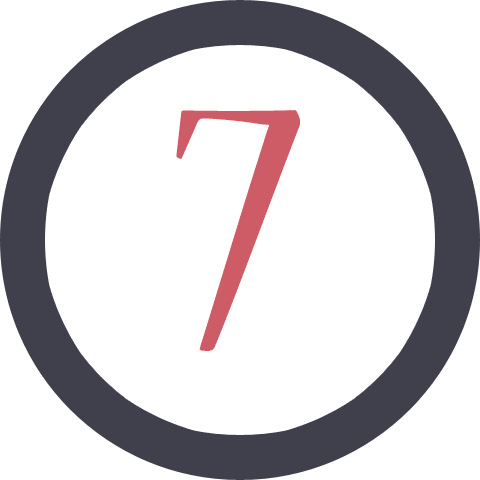 Final thoughts
I never had any plans to become a teacher, but thanks to the urging of my wife, Prizrenka Petković McCray, a voice teacher herself for these last thirty-nine years, the last twenty years have been deeply rewarding, having many successful singers not only in Europe and The Netherlands but all over the world, and indeed in many theaters where I myself have sung. However, as much as I have enjoyed writing down some of my ideas, the only true test remains: the results of the singing. The combination of the teacher and the student determines the ultimate success.

P. S. Great vocal music has inherently many vocal traditions; they should be treated with respect and not like mathematics. 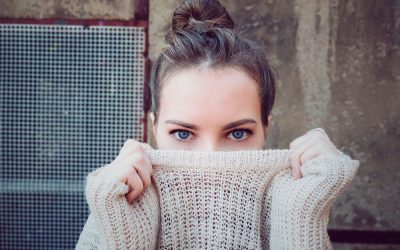 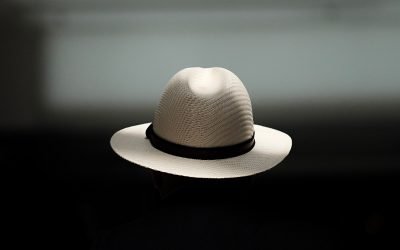 Lyric or dramatic? How to determine your voice type